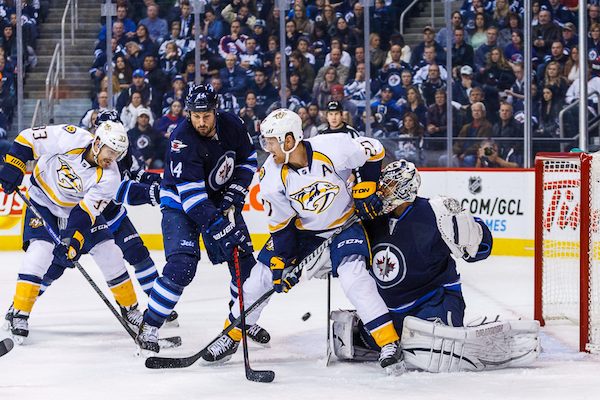 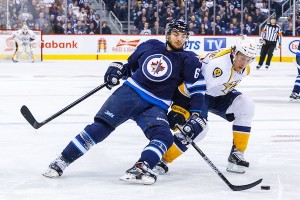 WINNIPEG — The Winnipeg Jets’ inability to put together full 60-minute efforts on a consistent basis continues to be the scourge of their early season.

The Nashville Predators exploded for three second-period goals, and Thunder Bay, Ontario-native Carter Hutton made 38 saves in his second-career NHL start to lift his team to a 3-1 victory.

“The first goal hurts a lot,” said Jets captain Andrew Ladd of Nashville’s shorthanded marker just 20 seconds into the second period to open the scoring. “You get a power play to try to get momentum at that point. It was a pretty even game. I thought we did some pretty good things, and you’ve got to use that to build on.”

The Predators continued their push, notching another pair in the middle frame to make it 3-0 heading into the third.

Winnipeg’s Evander Kane was able to tally his fifth goal of the year on a net-side scramble in the third, but the single marker wasn’t enough for his club as they drop the fifth game in their last seven contests to sit at 4-5-0 on the young season.

“For the majority of the game we played quite a bit more in their zone, and we got some pucks to the net,” said Kane. “But you give up a shorthanded goal, obviously it kind of sucks a little bit of the life out of your team.”

“Then they get the lucky bounce off of the leg there. But again, we can’t let things like that phase us. Those are going to happen in a hockey game. We’ve got to find ways to battle back and maybe score earlier and not wait around until the third period.”

The game-winner came on an unfortunate bounce for Winnipeg as Nashville’s Patric Hornqvist threw a puck on net and it ricocheted off Winnipeg defenceman Zach Bogosian‘s foot and in.

The Jets finish up their season-long home stand on Tuesday night against the Washington Capitals before they engage in a road swing that takes them through four Central Division opponents’ rinks.