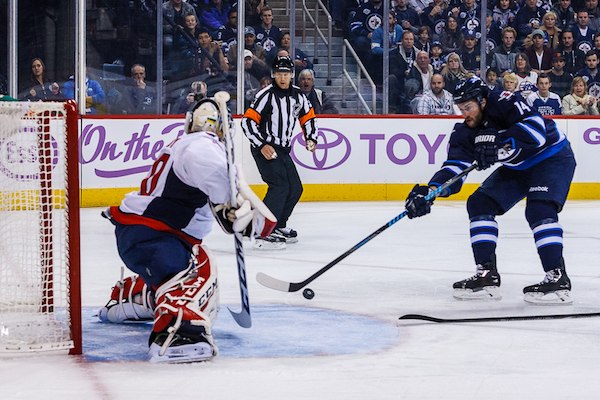 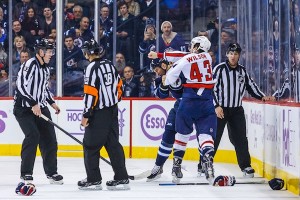 WINNIPEG — They’ll escape with a single point, but the Winnipeg Jets failed to notch a ‘W’ for the sixth time in their last eight games on Tuesday night with a 5-4 shootout loss to their former divisional foes, the Washington Capitals.

While both Winnipeg’s Bryan Little and Washington’s Alex Ovechkin each notch a pair of goals, both were stopped in the shootout by Braden Holtby and Ondrej Pavelec, respectively.

In shootout rounds three through five, the Caps and Jets traded markers before Holtby stopped Winnipeg’s Evander Kane in round six, setting up Martin Erat to clinch the game with a snap shot past Pavelec.

“Did they steal the game? Games get played. I don’t look at it that way necessarily,” Jets head coach Claude Noel responded after the game. “It would’ve been good to take advantage of some of the situations, especially in the second, that we had some really good clean chances.”

After a scoreless opening period, the middle frame saw six total goals to leave the game tied through 40 minutes.

“We had lots of chances to score,” said Bryan Little, whose shorthanded goal in the second tied the game 1-1. “I think their goalie played pretty well. A couple breakaways, and it could’ve been a different game.”

Winnipeg tested Washington’s Holtby with 47 shots and many quality chances through 65 minutes of play, but the 24-year-old Canadian Olympic hopeful held strong to give his 4-5-0 club their first road win on the young season.

The 4-5-1 Jets now venture out on a four-game Central Division road swing through Nashville, Dallas, Colorado, and St. Louis. They return home for a Saturday matineé with Winnipeg-native Jonathan Toews and the defending Stanley Cup champion Chicago Blackhawks on November 2.