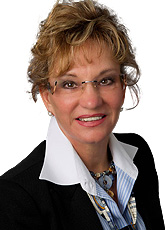 Pallister on Wednesday slammed the NDP government for making constituents wait this long for a byelection in the riding.

Listen to the press conference above

The seat has been vacant since PC MLA Mavis Taillieu resigned in February.

“This is typical of a premier that does not respect democracy,” Pallister said. “We have been calling on the premier to call the by-election for over 250 days and he refuses to do so.”

Pallister says the NDP has held off on holding a byelection because of the current Westman federal byelection. However, with no federal byelection in Morris, the PCs say Elections Manitoba officials have confirmed there are no cost savings to be had by holding multiple byelections at the same time.

The seat in Arthur-Virden is also now officially vacant with the resignation of Larry Maguire who has sought a federal seat.

The delay in calling a byelection is the longest since 1992, according to Pallister.