Home » News » No Snow in Store for Halloween: Forecasters

No Snow in Store for Halloween: Forecasters 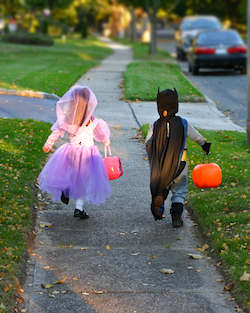 Halloween is exactly one week away. Besides kids planning their costumes, they may also want to think about how to dress for the weather.

The annual candy-filled trek up city streets to collect as many sugary treats as possible is typically on the colder side of things weather-wise.

The Weather Network has come out with their Halloween night weather outlook for the country, giving Canadians a look at what to expect on October 31.

“We know weather is a major factor when choosing your kids’ costumes and it’s important to us to let parents know what to expect before they send their little ghosts and goblins out trick-or-treating,” said Dayna Vettese, meteorologist at The Weather Network. “Near the end of October, weather tends to be changeable and variable from coast to coast as fall is a season of drastic transitions.”

So what’s in store for Winnipeg? Temperatures are expected to be seasonal in the Prairies with little chance of precipitation. The average daytime high for the city is 5.3°C, with -4.4°C as the average nighttime low. Remember to dress for safety too, as the sun will set on Halloween at 6:07 p.m. CT