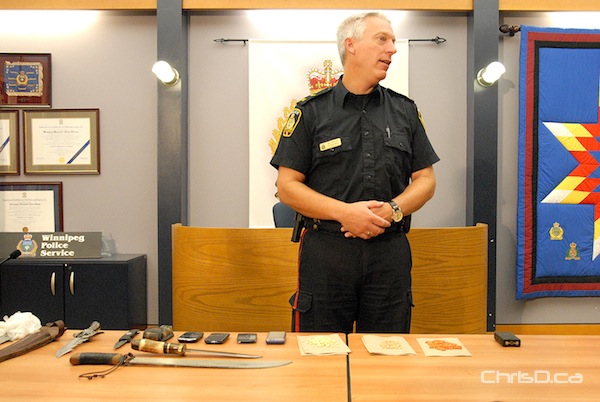 Cst. Eric Hofley shows off a cache of weapons and drugs seized from a home on William Avenue, Friday, October 25, 2013. (STAN MILOSEVIC / CHRISD.CA) 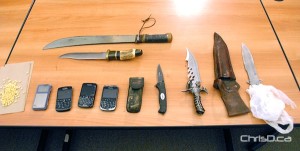 Weapons seized from a recent police raid are displayed for the media on Friday. (STAN MILOSEVIC / CHRISD.CA)

A raid on a home in the 600 block of William Avenue on Thursday turned up various weapons and drugs.

Winnipeg police searched the residence and located prescription medications including morphine and oxycontin valued at $12,805, a Taser, assorted knives and $174 in cash.

A 60-year-old Winnipeg man was arrested at the scene. He was released on a promise to appear.