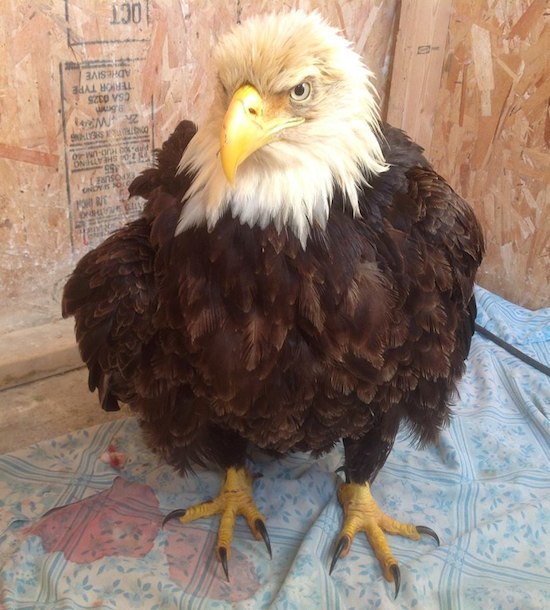 A female bald eagle is being nursed back to health in Winnipeg after being coated in fish oil last week. (FACEBOOK)

A bald eagle that fell into a reservoir last week near Hollow Water, Manitoba is doing well thanks to staff at the Wildlife Haven Rehabilitation Centre.

The eagle fell into a garbage dump’s reservoir containing fish oil and couldn’t fly due to its wings being weighed down.

A local resident came upon the animal and drove her to Winnipeg to receive proper care. Staff say the eagle has had three baths and will be released back into the wild after her wings are fully cleaned and regain their waterproofing.