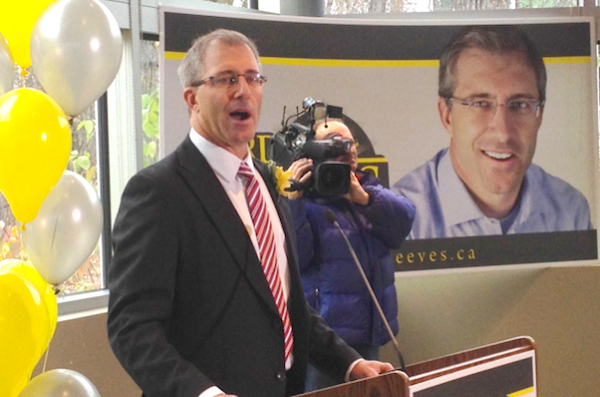 A Winnipeg lawyer and former St. Vital councillor is taking a run at the city’s top job.

Gord Steeves officially announced his candidacy for mayor on Monday during a news conference at Assiniboine Park. He was introduced by supporter and former Olympian Susan Auch.

“I am the first candidate who is willing to step forward and admit that our city deserves better,” Steeves said. “In recent time, Winnipeg has been headed down a path which residents aren’t proud of and I’m here to put my name forward and stand up for all Winnipeggers.”

Steeves, a candidate in the 2011 provincial election for the Seine River riding, has brushed himself off after defeat and will attempt to re-enter civic politics in 2014.

Steeves hinted at a mayoral run in June to replace Mayor Sam Katz, who is now in his third term. Katz hasn’t said whether he will run again in the next election, set for October 22 next year.