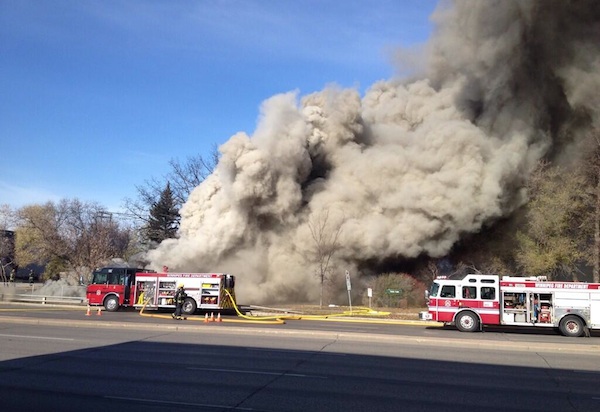 Smoke billows out from a fire on Portage Avenue near Albany Street on Tuesday, October 29, 2013. (BART OMAND PHOTO)

The blaze began just after 1:30 p.m. on Portage Avenue near Albany Street. Police closed the roadway for several blocks as thick, black plumes of smoke could be seen from opposite ends of the city.

A city engineer was reported to be attending the scene to ensure the structural integrity of Portage remained intact.

Meanwhile, Portage was closed between Lyle Street and Ferry Road.

No word on what caused the fire. No injuries were reported.