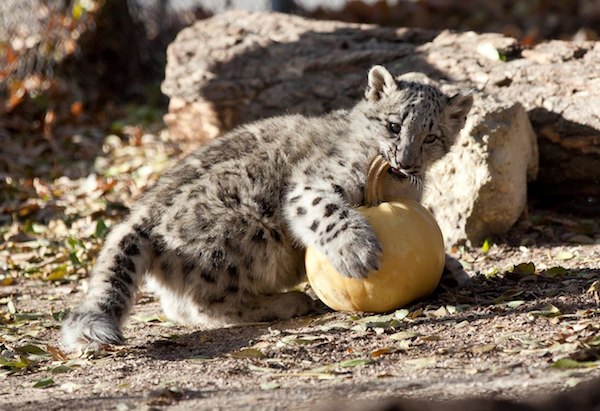 A snow leopard cub nibbles at a gourd inside of its enclosure at the Assiniboine Park Zoo. (HANDOUT)

The calendar reads October 30, but that didn’t stop some playful animals at Assiniboine Park Zoo from getting into the Halloween spirit a wee bit early.

The zoo released a series of photos on Wednesday, showing how some of its animals are marking the occasion.

Hudson the polar bear had a pumpkin inside of his cage. And while he didn’t exactly carve out a design, it appears he enjoyed the unfamiliar object anyway.