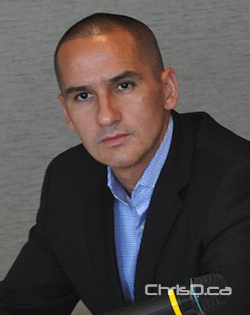 Proposed changes to Manitoba’s liquor legislation will give police the power to shut down so-called party houses and remove gang members from socials and bars.

“Manitobans want to know that police have all the tools they need to keep our communities safe,” Chief said. “We are empowering citizens and police to look at situations that have the potential to become violent or disruptive and take action to prevent trouble before it starts.”

The legislation is expected to come into effect in early 2014 and include allowing a one-year liquor ban to be placed on private residences where there have been repeated incidences of drunkenness leading to violence or public disturbances.

Police will also be allowed to seizure liquor immediately where it is prohibited at a residence, and pre-emptively remove people from bars and socials if they create a risk of violence or are known to be violent including known gang members.