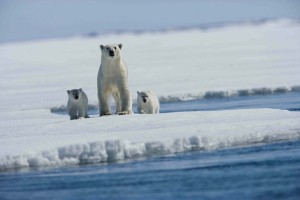 A polar bear attacked a man and a woman in Churchill, Manitoba early Friday morning, sending both to hospital.

The attack happened just after 5 a.m., when a 69-year-old man attempted to help two pedestrians who had been confronted by the bear. The man suffered multiple lacerations, while the 30-year-old woman left the scene before RCMP arrived.

Officials with Manitoba Conservation and Water Stewardship shot and killed two bears in the process of tracking the animal involved.

Both victims are in stable condition.

Updated at 12:02 p.m. An earlier RCMP report suggested only one person was attacked.