Name Chosen for One of Zoo’s New Polar Bears 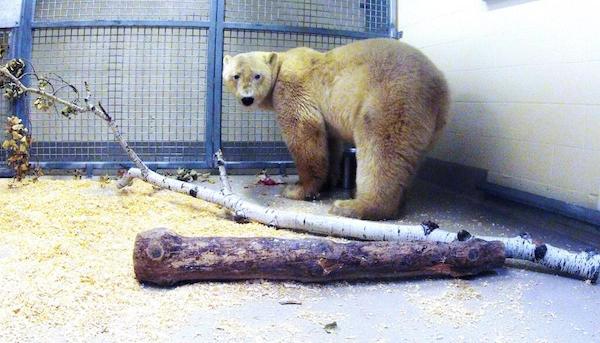 A polar bear that arrived to Assiniboine Park Zoo from Churchill on October 9 now has a name.

Storm was chosen by Grade 3 student Brindi Botelho at Duke of Marlborough School in the northern Manitoba community. The three-year-old male bear was transferred to the zoo after attacking a man in early September

“We felt that it was important to have the kids in Churchill select the name for the bear. That’s where he came from, he’s their polar bear,” said Dr. Brian Joseph, director of zoological operations. “The school did an excellent job and we couldn’t be happier with their selection.”

Students at the same school have also been tasked with naming an 11-month-old female bear who arrived from Churchill earlier this week. Both bears are currently under a 30-day quarantine period before being introduced to the public.