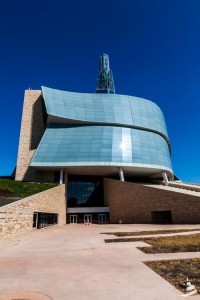 After numerous delays, the Canadian Museum for Human Rights finally has an official opening date — September 20, 2014.

“A national project of this scope and scale comes along just once in a generation,” CMHR president and CEO Stuart Murray said. “When the doors of this building open next September, it will be a historic moment for Canada and a proud day for Manitoba, as we welcome visitors from across the country and around the world.”

Murray made the announcement Monday during a briefing with industry partners.

The museum expects to attract 250,000 people annually to its site at The Forks. The related economic spinoff is estimated to be $159 million.

A media event to show updates on the museum’s construction and design is planned for November 18.