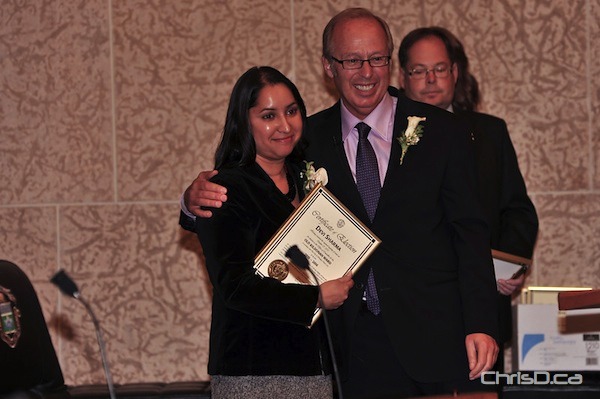 Old Kildonan Councillor Devi Sharma has been elected to Speaker of the Council.

Sharma — elected in 2010 — is the first female speaker in city council’s 139-year history.

“It is a pleasure to congratulate Councillor Sharma and welcome her to the Speaker’s chair,” Mayor Sam Katz said in a statement. “A very capable councillor, I am confident that she will perform her new role with the balance and composure the position requires.”

Sharma takes over the duties from Councillor Grant Nordman, who presided over council for three-and-a-half years and was recently named to EPC.