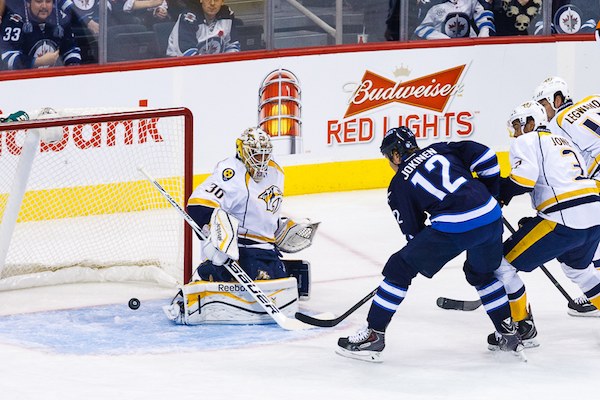 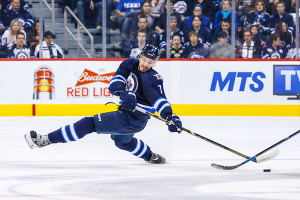 WINNIPEG — Bryan Little’s two-goal night and a 41-save shutout performance by Ondrej Pavelec lifted the Winnipeg Jets to a 5-0 victory over their Central Division opponent Nashville Predators at MTS Centre on Friday night.

Winnipeg’s four-goal outburst in the opening frame gave Pavelec all of the comfort he needed as he recorded his first clean slate since March 1, 2012.

“It was great we had the lead, but everybody knows that the game is 60 minutes,” said the Jets’ 26-year-old netminder. “It was nice to have a lead in the first and go on them right away. That’s the start we want every game.”

“I think we just kept it simple. We came out really hard, which is great,” said Little, whose team-leading ninth and tenth goals of the season opened and closed the scoring for the Jets. “We played really well in their end. We had a lot of zone time, and I think the start really helped.”

The victory improves the Jets to 7-9-2 on the year, but they remain in the cellar of the Central Division standings, with all of their division foes holding at least a game in hand on Winnipeg.

“I don’t think we played that well in the second and third period,” said Jets forward Olli Jokinen, who finished with a goal and an assist and was named the game’s second star. “But our goalie made big saves and we were able to get those four goals in the first 20.”

Winnipeg now faces what may be their toughest opponent at home this year with the 10-2-4 San Jose Sharks visiting MTS Centre on Sunday night.