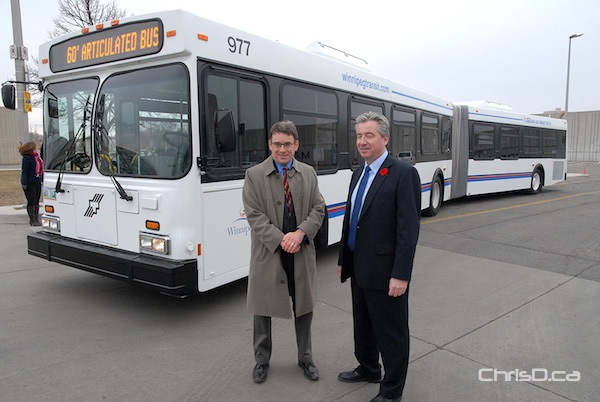 Winnipeg Transit’s fleet of 20 articulated buses will be put into service in the coming weeks.

The city on Friday gave media a preview of the 60-foot buses, which were purchased pre-owned from New Flyer Industries for $53,000 each.

The longer buses — also referred to as tandem or stretch buses due to their pivoting joint — are said to alleviate pass-ups and overcrowding for passengers. The vehicles can seat 40 percent more passengers than a regular city bus, increasing seating capacity from 38 to 54. They will be dispatched during weekday peak periods over a seven-hour span throughout the most heavily-used routes.

As part of the purchase, New Flyer also made approximately $11,000 of refurbishments to each bus.