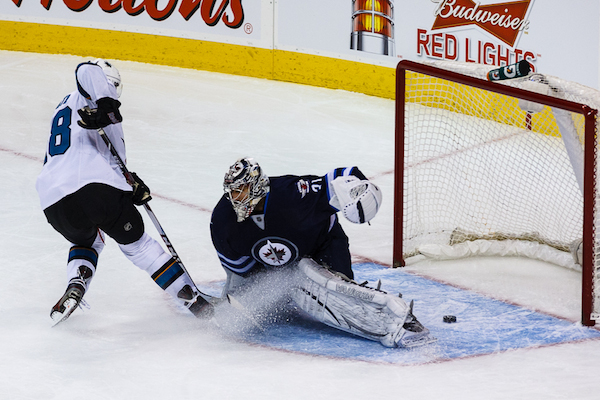 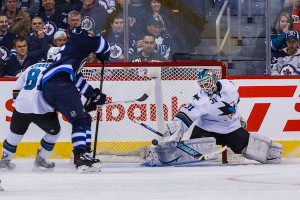 WINNIPEG — The Winnipeg Jets displayed true resilience and fight Sunday night as they came back from a two-goal deficit and again in the game’s final two minutes to force overtime and squeak out a 5-4 shootout victory over the dangerous San Jose Sharks.

“We didn’t lose our focus. We didn’t lose our hope. We easily could have after the first period,” said Winnipeg head coach Claude Noel. “They really didn’t get rattled. A week or two ago it might have been different… I thought we played a really solid game.”

“To me, it was a huge building block for our team,” added the bench boss who has his 8-9-2 club with three wins in their last four games. “Just in the way that we played. I thought we played with some heart and some passion.”

“After the first period we knew we had played well. They got two breaks and buried on those two chances. We just needed to keep playing the way we were,” said Jets forward Evander Kane. “We had the confidence to come back and we showed that. It was a positive outcome for us.”

Trailing 2-0 after the opening frame, the Jets were able to tie the game 3-3 heading into the third after a back-and-fourth second period. San Jose’s Dan Boyle notched his second power play goal of the game early in the final regulation period to give his team the lead, but then Jets captain Andrew Ladd came to the rescue.

“We needed a goal at the end, and (Bryan Little) made a great play and I just tried to get it off as quick as I could,” said Ladd of his equalizer with 1:43 remaining in regulation to send the game to extra time. “It’s a big win the way we won. The way we battled back with a late goal.”

Overtime solved nothing, and again it was the Jets captain who delivered when his team needed it most. Ladd notched the only shootout marker to give Winnipeg their third victory in four shootout contests so far this season.

After a blazing start to the season, the 10-2-5 Sharks have lost five straight.

The Jets now travel to Detroit for a rematch with the Red Wings on Tuesday night before returning home to face the Philadelphia Flyers on Friday.