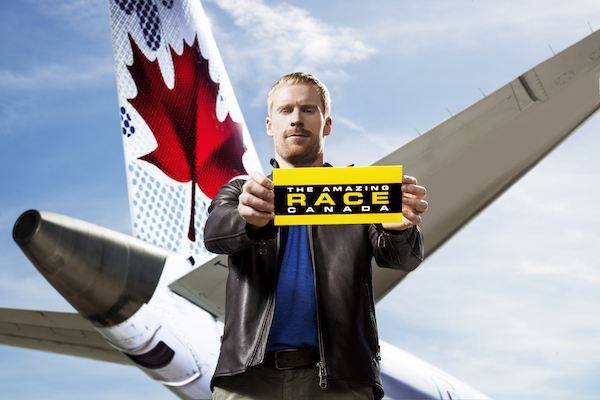 Casting details for Canadians wanting to compete in the second season of “The Amazing Race Canada” have been revealed.

The reality TV show is looking for dynamic and enthusiastic teams of two who possess a strong personal connection. They must be articulate, competitive, interesting, outgoing, and adventurous. Teams will get the opportunity to participate in detours, roadblocks, U-turns, and other challenges as they endure approximately 28 days of “The Race” in various conditions, environments, and climates.

Last season, the race took competitors across the country, but the application for the second year hints at going beyond Canada’s borders by ensuring applicants have a valid passport.

Tim Hague Sr. and Tim Hague Jr. of Winnipeg won the first season of the show, taking home $250,000 in cash and other prizes.

Fans can visit CTV.ca/TheAmazingRaceCanada and submit an audition video and application for their chance to join host Jon Montgomery on the road. Potential teams are encouraged to showcase their personalities and explain why they want to be part of the immensely popular competition series. The deadline for submissions is Thursday, December 26 at 11:59 p.m. ET. Racers must be at least 19 years of age as of April 1, 2014 and must be a Canadian citizen or permanent resident of Canada.