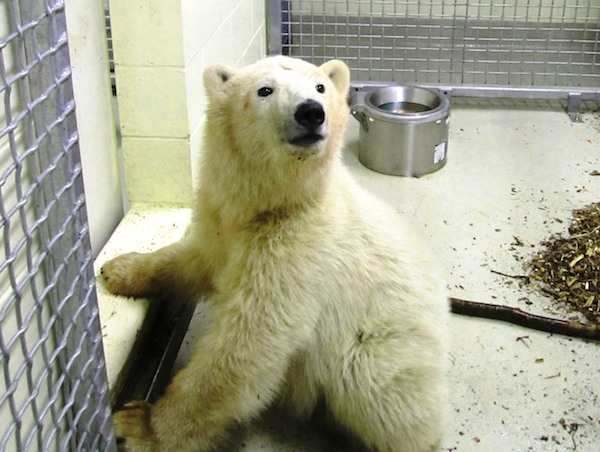 The new female polar bear rescued and brought to the Assiniboine Park Zoo from Churchill has been named Aurora. (HANDOUT)

The 11-month-old female polar bear from Churchill now has a name.

The Assiniboine Park Zoo says she will be called Aurora, as named by Grade 2 students at Duke of Marlborough School in Churchill.

The cub arrived to the International Polar Bear Conservation Centre (IPBCC) from Churchill on October 28 after being found wandering alone near the northern Manitoba community’s airport.

The students also named Storm, a three-year-old male bear who also recently arrived to Winnipeg from the community.