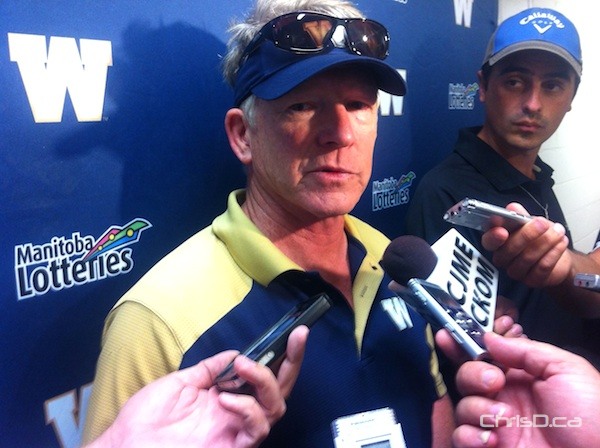 “We thank Tim for his passion, hard work and professionalism throughout the past year and a half he has been in this role, and for his tireless efforts over the past three seasons with the Winnipeg Football Club,” Blue Bombers president and CEO Wade Miller said in a release. “If an opportunity does arise for him to join our staff as a defensive coordinator, our organization would definitely be open to exploring this with Tim.”

Burke joined the Blue Bomber coaching staff prior to the 2011 season in the role of defensive coordinator, before taking over on an interim basis in August 2012 to replace Paul LaPolice. He was officially moved into the head coaching role on November 1, 2012.

“I’ve really enjoyed my time in Winnipeg and am grateful for the opportunity this franchise gave me. The fan support in this city and province is just really remarkable and it is one of the greatest things I can take away from this experience in Winnipeg,” Burke said in a statement.