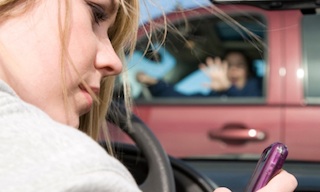 Manitoba Public Insurance is partnering with nine provincial police agencies to crack down on the use of hand-hand electronic devices behind the wheel.

A dedicated enforcement and education project will target motorists — particularly teenagers — in ensuring their driving behaviour doesn’t lead to distractions while on the road.

The joint initiative between MPI and the RCMP, Winnipeg Police Service and Brandon Police Service, as well as police agencies in Winkler, Morden, Altona, Rivers, Ste. Anne and Dakota Ojibway, will coincide with a public awareness campaign being launched by the public auto insurer.

“Reducing fatalities on our roadways is accomplished by the proactive combination of education, awareness and law enforcement,” said MaryAnn Kempe of MPI. “Positive steps continue to be made. The rate of fatal collisions in Manitoba has been steadily decreasing over the past few years.”

MPI is putting an additional $144,000 towards the police crackdown, with $80,000 of that funding Winnipeg police officers’ enforcement efforts.

MPI says a texting driver is 23 times more likely to get into a crash than a non-texting driver, adding to the average of 87 fatal collisions annually from 2007-2011 in the province.

The fine if caught using your phone while driving in Manitoba is $199.80 and two demerits.