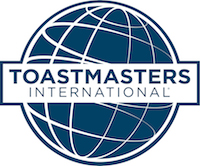 The local chapter of Toastmasters is marking a milestone on Saturday, celebrating 52 years in Manitoba.

The public speaking non-profit has more than 1,500 members in 106 clubs across Manitoba and Northwest Ontario.

One of its longest serving volunteers is Pat McFadzean, a 99-year-old resident of East Kildonan. Pat joined the organization in 1979 as she neared retirement.

Until 1973, women were barred from joining the all-men’s club. Since then, Toastmasters is boasting its second all-female district.

“Young women are embracing their own communication styles and they now account for 52% of our local membership,” said Emma Frost, the 2013-2014 District 64 governor of Toastmasters. “It’s exciting to see that now more than ever women are stepping up to lead, communicate and participate in their communities.”

The 2013 Toastmasters’ conference will take place Saturday at the Holiday Inn South.