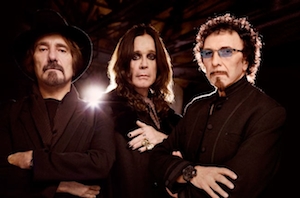 ChrisD.ca and Live Nation have a pair of tickets to the upcoming Black Sabbath concert in Winnipeg.

The band — made up of Ozzy Osbourne, Tony Iommi and Geezer Butler — will play MTS Centre on Wednesday, April 16, 2014 with guests.

We’re giving away two (2) tickets to one lucky reader in advance of the show. Tickets to the general public go on sale this Saturday.

This is a Twitter only contest. You must be an active member of Twitter and following @ChrisDca to qualify.

To enter, simply retweet the tweet below exactly as shown:

Never miss another contest! Be alerted when we have a new promotion. Sign up for our contest alerts e-mail list.

No purchase necessary. One entry per person, please. Multiple entries will not be counted. All personal information is handled in accordance to our Privacy Policy. Contest closes Saturday, November 30, 2013 at 5 p.m. CT. Open to all Manitoba residents. Winner will be notified by e-mail and must confirm their attendance before the show.