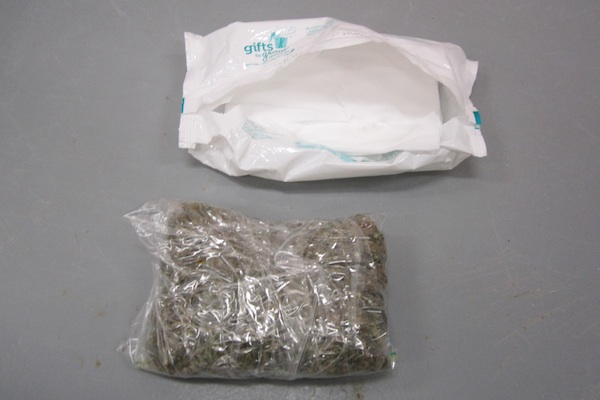 Marijuana seized in Polar River on Tuesday, November 19, 2013 after being discovered inside a child’s backpack. (RCMP HANDOUT)

A 27-year-old woman is facing charges after police say she allegedly brought marijuana back to Poplar River on an air flight.

Manitoba RCMP were tipped off of the transport on Tuesday afternoon and arrested the woman. She was travelling with two children and an infant at the time.

Police seized a quantity of marijuana, including some that had been wrapped in an open package of baby wipes and stored in a child’s pink backpack.

The woman was charged with possession of marijuana for the purpose of trafficking and released. She will appear in Poplar Court court on January 14.