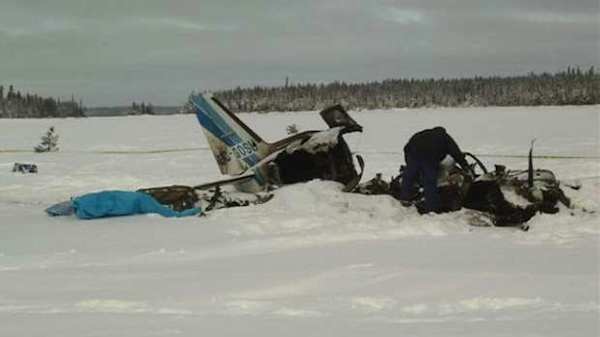 WINNIPEG — Pilot inexperience and poor weather conditions were the main factors behind a fatal Keystone Air crash that killed four people in January 2012.

Flight 213 departed from Winnipeg en route to North Spirit Lake, Ontario when it crashed just before 10 a.m. on January 10.

The Transportation Safety Board (TSB) on Thursday released its findings into the crash of the Piper PA31-350 Navajo Chieftain. The accident claimed the lives of four Manitobans — the pilot and three passengers. A fourth passenger was seriously injured.

The TSB said the pilot approached the airport amid adverse weather conditions, while descending into cloud and into icing conditions. The ice caused the aircraft to stall during its final approach at an altitude from which recovery was not possible.

Since the crash, Keystone Air Service has revised its operations manual to better reflect operational requirements in icing conditions, implemented a multi-crew policy which applies to all instrument flights, amended its flight training record-keeping procedures to make it easier and more efficient to prove that all required training has been completed, and revised its operational flight plan form to include the calculated landing weight and centre of gravity.