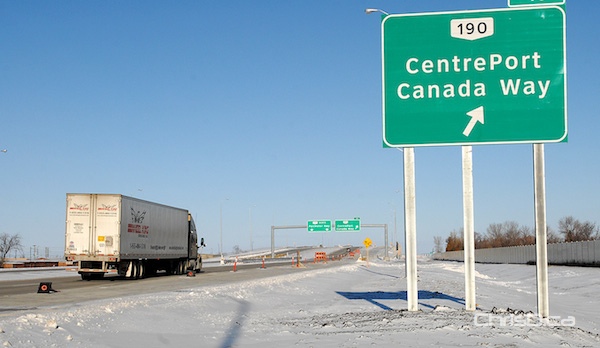 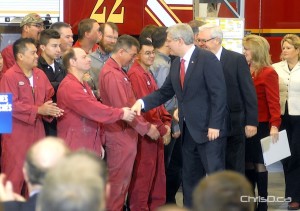 WINNIPEG — The ribbon was cut Friday on CentrePort Canada Way, opening the new four-lane expressway to traffic for the first time.

Prime Minister Stephen Harper was in Winnipeg for the occasion, which will serve the 20,000 acre tri-modal inland port –CentrePort Canada — consisting of James Richardson International Airport, a trucking hub and access to three rail carriers.

A series of semi-trailer trucks were the first to drive on the new roadway before the public was able to a few hours later.

Construction on the 9.1 kilometre, $212 million project began in the spring of 2010 and was funded by both the provincial and federal governments.

“This new expressway will increase commercial flows through Winnipeg and the region, and will enable the city to take advantage of the government’s unprecedented efforts to expand Canada’s access to new global markets,” Harper said.

The project involves using the airport and surrounding land as a hub to import goods from Asia and Europe and distribute those goods throughout North America by air, rail and road. It will also help Canadian businesses in the region benefit from the unprecedented market access the government is creating including to the European Union, Asia and the United States.