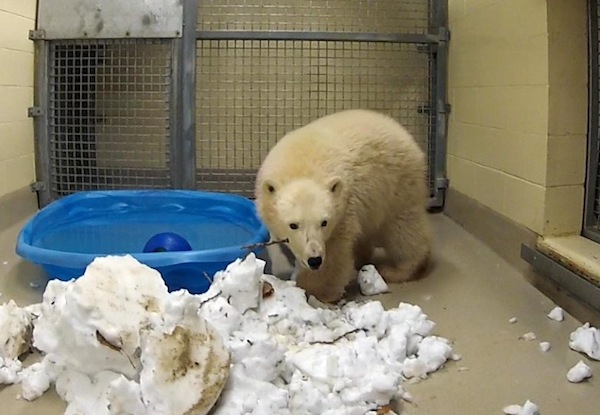 An 11-month-old female polar bear cub from Churchill, now living at the Assiniboine Park Zoo, has been named Kaska. (HANDOUT)

The 11-month-old female polar bear cub that arrived to Assiniboine Park Zoo from Churchill on November 19 has a name.

“It’s very fitting for this cub to carry a name directly associated with the north and chosen by northern peoples,” said Dr. Brian Joseph, director of zoological operations at the Assiniboine Park Zoo. “It’s a great way to acknowledge the origin of these animals and their significance to northern communities.”

Kaska joins fellow polar bears Storm and Aurora, who were named by students at Duke of Marlborough School in Churchill.