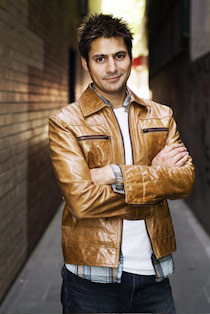 Just For Laughs is presenting the comic on Thursday, March 27, 2014 at the Centennial Concert Hall.

The show takes on some of the biggest and smallest issues in the world. The critically-acclaimed and insightful show has been entertaining audiences around the world, including a sold out run at this year’s Montreal Just For Laughs Festival.