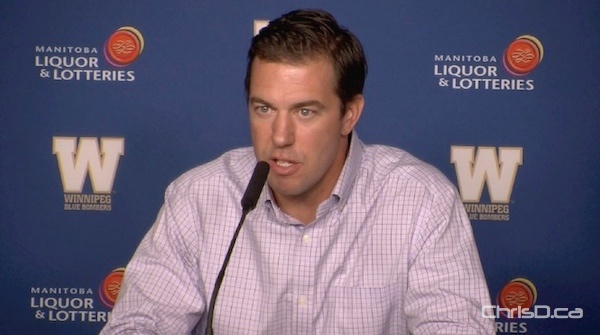 The Winnipeg Blue Bombers have removed the ‘acting’ title from Kyle Walters and named him their general manager.

Walters was placed into the temporary position in August, but since proved to be a valuable full-time asset to the club in his role of pulling the trigger on a number of player transactions.

“No stone will go unturned, in any regard, in making this team better,” Walters said in a release. “My goal for this team is to be competitive on a weekly basis, make the playoffs and be an annual contender.”

Prior to being named GM, Walters served as assistant general manager and director of Canadian scouting with the Blue Bombers. In total, Walters has 12 seasons of CFL experience as a player, coach and assistant GM.