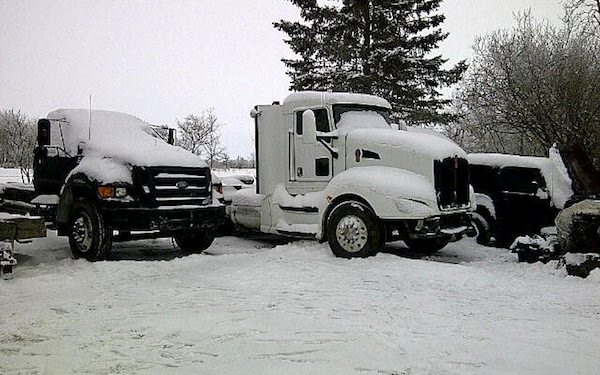 Some of the stolen vehicles recovered in Komarno, Manitoba on Friday, November 29, 2013. (RCMP HANDOUT)

Officers from multiple detachments executed a search warrant on a home in Komarno, Manitoba at around 9 a.m.

The vehicles recovered also included a semi truck and a front-end loader.

A man and woman were arrested and face multiple charges, including property and firearms offences.

Komarno is located about an hour north of Winnipeg.