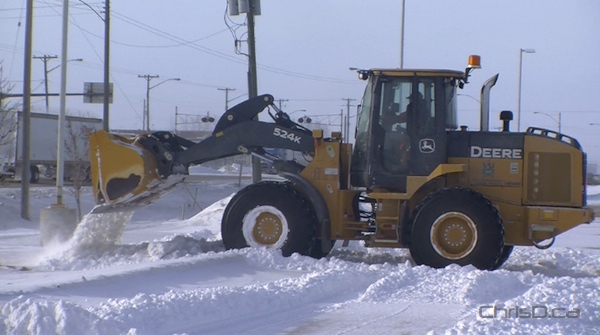 The city’s annual snow route parking ban is being put into place on Sunday, December 1.

Motorists are reminded that between 2 a.m. and 7 a.m., parking is prohibited on Winnipeg streets designated as snow routes. The ban remains in place all winter until March 1.

Snow routes are a top priority for snow clearing to ensure the fast, safe movement of emergency vehicles (ambulance, fire and police) throughout the winter months. The ban is in effect every night regardless of snow, to facilitate rapid overnight snow clearing should a sudden snowfall occur.

“It’s very important we have the ability to control ice and clear snow on these important routes, unimpeded by parked cars,” said Jim Berezowsky, the city’s manager of street maintenance.

A declared parking ban may also be called with additional overnight plowing is required after a snowfall, extending the existing ban by two hours from midnight to 7 a.m.

Vehicles parked on a snow route once the ban is in place will receive a $100 ticket and may be towed.

On Friday, the city lifted the overnight snow route parking ban, which had been in place for two separate nights since Wednesday.