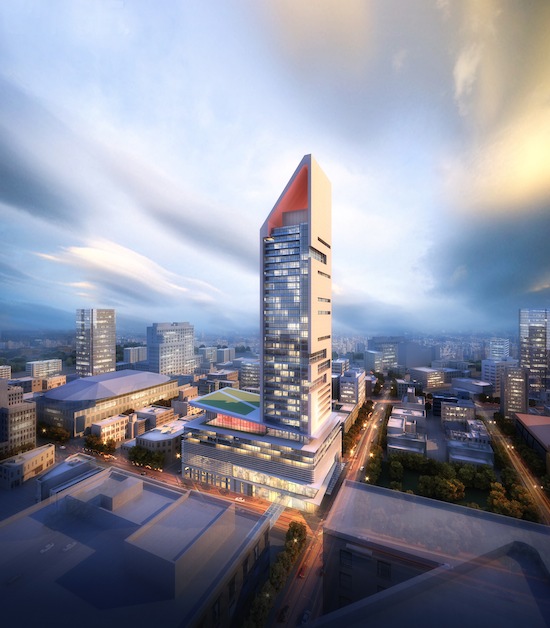 The mixed-use SkyCity Centre Winnipeg will change the city’s skyline once complete at the corner of Graham Avenue and Garry Street. (HANDOUT) 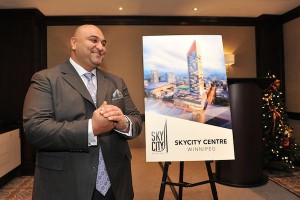 Developers of a new Winnipeg skyscraper have unveiled the name for the landscape-changing structure.

SkyCity Centre Winnipeg will rise above the city’s skyline as a new mixed-use tower at the corner of Graham Avenue and Garry Street. Toronto-based MADY Development Corp. and Fortress Real Developments are behind the project.

An online contest launched in September solicited potential names from the public for the prize of $3,000 to the winning submission. Robert Cable submitted the selection that was ultimately chosen and accepted his cheque during a news conference at The Fairmont Winnipeg on Tuesday.

Originally dubbed the LiveWorkPlay project, the 730,000-square-foot, $200 million building will include 400 housing units and commercial space, with a grocery store on the main level.

Construction on the 40+ storey building is expected to start in spring 2015, with a completion date of 2017.