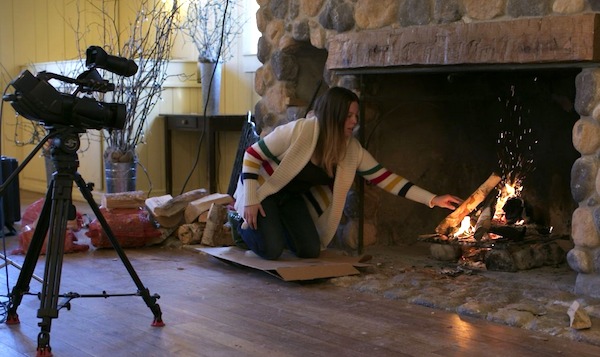 The Downtown Winnipeg BIZ has taken its Yule Log contest digital this year, giving Winnipeggers the chance to be “the hand” in the TV fireplace.

The annual yule log runs during the holiday season on MTS TV, where viewers can win the chance to have their hand shown placing a log on the fire.

“Last year we saw the Yule Log contest awaken the imagination of Winnipeggers wide and far, as people turned to their downtown for a wide assortment of festive events and initiatives during the holidays,” said Stefano Grande, executive director of the Downtown BIZ.

This time around, a physical downtown scavenger hunt has been replaced with an entry form hidden somewhere on the BIZ’s website. Entries for next year’s video are being accepted online. Entrants also enter daily to win a 46″ TV until January 19, 2014.