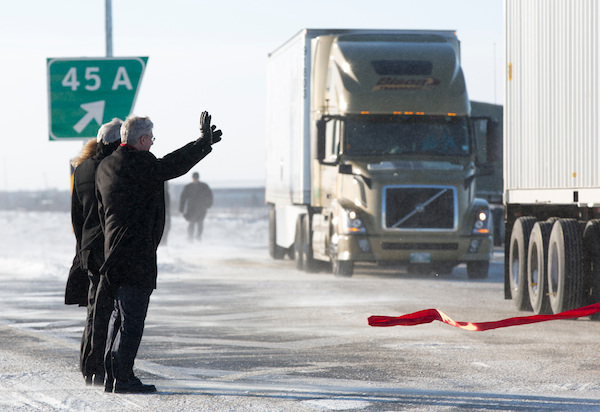 The City of Winnipeg has reached a deal to treat sewage from the RM of Rosser — the area that houses the hub of the CentrePort development.

“We believe this service-sharing agreement will be a real boost to CentrePort,” Mayor Sam Katz said on Wednesday. “Reaching this milestone with the RM of Rosser will help attract large-scale distribution centres, and new business interest from within the province and beyond.”

Winnipeg residents will benefit through increased sewer revenues and revenue sharing, and Rosser residents will have a viable solution for a sustainable wastewater plan, the city said in a release.

Rosser will pay the city a one-time buy-in fee and a connection charge, the current sewer rate Winnipeg residents pay and an annual participation fee.