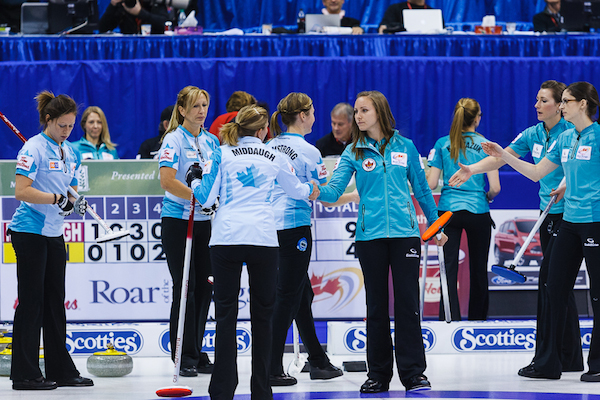 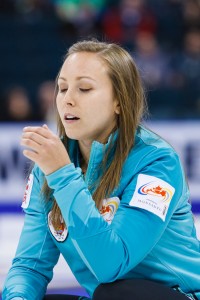 WINNIPEG — The Sherry Middaugh team from Coldwater, Ont. will face Winnipeg’s Jennifer Jones tonight in the women’s final of the 2013 Tim Hortons Roar of the Rings Olympic curling trials.

Middaugh advaned to the finals by crushing Rachel Homan 10-4 in eight ends. The winner of Saturday’s final will represent Canada at the 2014 Olympic Winter Games in Sochi, Russia.

Middaugh, who qualified for the semis by beating Winnipeg’s Chelsea Carey 6-3 Friday afternoon, had little difficulty in beating Homan, who had a rare subpar performance.

“We’ve curled well all week,” Middaugh said. “Even in the losses, we curled really well and we just got out-curled by one or two shots. We’re light out there, we’re having fun, we’re making some shots.”

The key play of the game came in the sixth end. Homan was trailing 6-3 as she attempted to raise one of her rocks but her shot was off, allowing Middaugh to steal three. The teams traded points before Homan shook hands with Middaugh.

“I threw it exactly how I wanted to,” Homan said. “I didn’t overthrow it. I threw it soft so it wouldn’t track and it floated the whole way.”