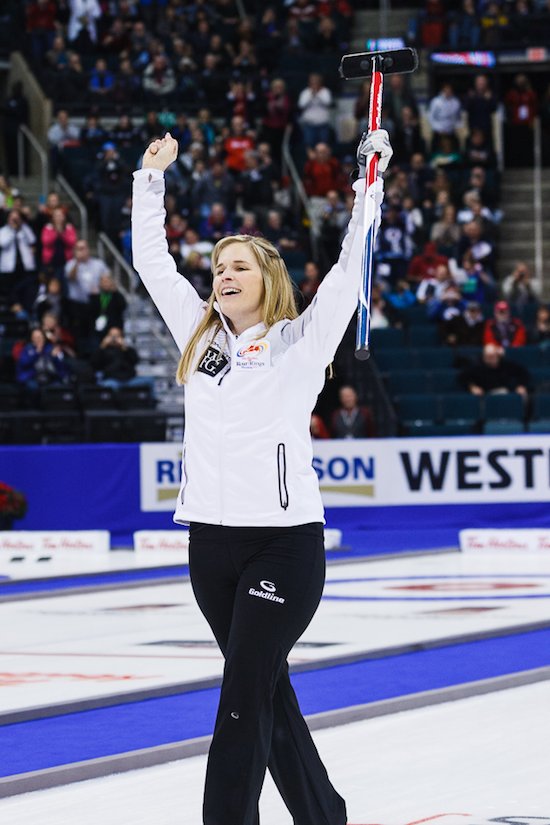 Jennifer Jones celebrates her victory over Sherry Middaugh in the women’s final of the Roar of the Rings event at MTS Centre on Saturday, December 7, 2013. (SHAWN COATES / CHRISD.CA) 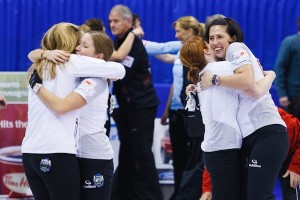 Jones’ first shot in the 10th end brought the 8,565 fans in the MTS Centre to their feet, as the shot ran Middaugh out of rocks to ensure the victory and send Team Jones to Sochi, Russia.

“You dream of it since you’re a little kid and we’ve had many dreams come true, but this is so rare — this opportunity. Our dreams came true today in the most amazing way. It’s unbelievable,” Jones said moments after stepping off the ice from her victory. 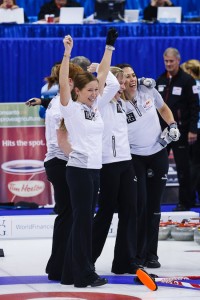 Team Jennifer Jones after their win to secure a spot in representing Canada at the Sochi Olympic Winter Games in February. (SHAWN COATES / CHRISD.CA)

“It was dropping that three and getting down,” Middaugh said, when asked about the game’s turning point. “We needed rocks in play and they certainly weren’t going to do that. Unfortunately, that was it. Just that three points. I mean, we battled back and then we gave them that other three when we needed to force. Unfortunately when you force, sometimes you give up a big end.”

“You couldn’t ask for a better team to be going to the Olympics with,” Lawes said. “Those girls worked their butts off for so many years, so it’s pretty special to be doing this with them. It’s a dream come to go to an Olympics and represent our country — not just curling fans, but all sports fans. I know we’re going to work our butts off to do our best over there.”

Team Jones curled high percentages in the final. Officer was particularly brilliant, curling 99 percent in the final. She was blown away with the emotion of winning.

“It’s better than I imagined,” Officer said. “To play at home in front of all these people and have all this support… it’s just incredible. We’re just so thrilled and we really hope that we can represent Canada really well.” 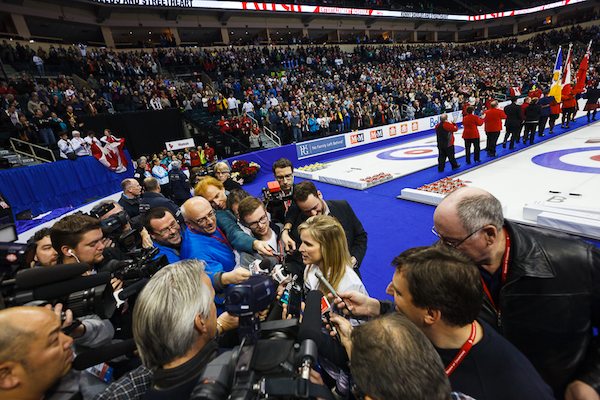