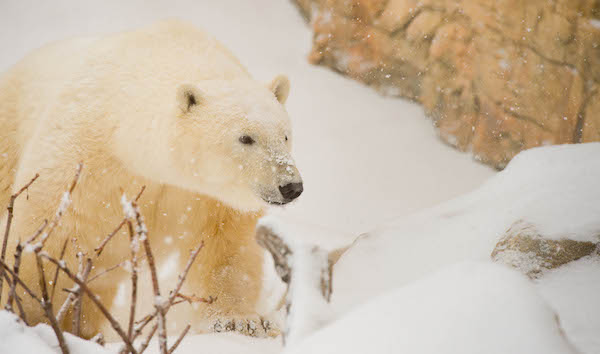 Storm is a recent resident at the Assiniboine Park Zoo. (DAN HARPER / HANDOUT)

The Assiniboine Park Zoo is turning to social media in its latest effort to fundraise for the upcoming Journey to Churchill exhibit.

“We are delighted to see the number of donations that have come in during this campaign,” said Kevin Hunter, director of marketing & community engagement for the Assiniboine Park Conservancy. “With RBC’s support, being able to take action to directly help polar bears in need of intervention is very empowering and this campaign is a big part of that.”