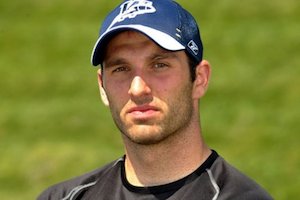 Linebacker Pierre-Luc Labbe is retiring from the CFL after six seasons with the Winnipeg Blue Bombers.

“I’m very grateful for my time in the Canadian Football League and especially with the Winnipeg Blue Bombers,” Labbe said in a statement. “This is a great organization with great fans and I’m definitely going to miss everything about playing the game.”

Labbe was drafted 47th overall in the 2008 Canadian Draft by Winnipeg.