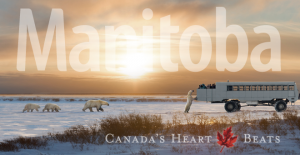 Travel Manitoba has unveiled their new slogan and campaign for the province.

Manitoba: Canada’s Heart Beats is the new slogan and a campaign designed around the idea is slated to run in the Spring of 2014.

In total, there will be four TV commercials, including this one below: