Home » Sports » Winnipeg Jets Introspective After Another W Slips Away

Winnipeg Jets Introspective After Another W Slips Away 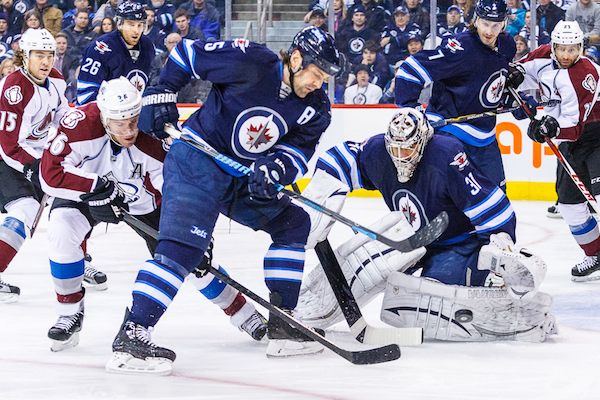 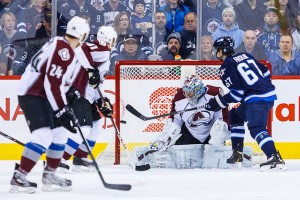 WINNIPEG — The Winnipeg Jets are finished with taking positives out of losses and looking for moral victories.

Following Thursday night’s 4-3 shootout loss to their Central Division foe Colorado Avalanche at MTS Centre, Winnipeg players and the head coach were introspective as another potential victory slipped between their fingers.

“We’ve been taking positives out of losses too long,” said Jets forward Blake Wheeler on the heels of his two-goal night. “It feels like three years come after a game like this and you say, ‘well, you did some good things,’ but you’ve got to stay positive and you’ve got to draw from the positives of the game because we did a lot of really good things. But we didn’t do enough to win the game and that’s the bottom line.”

And wins, especially in intra-division games like this and so many before, continue to elude the perpetually win-one-lose-one Winnipeg Jets hockey club.

“I’m not a moral-victory guy. I deal in the real world.” said head coach Claude Noel. “You have to find some positive spin on it outward to the general public, and that’s just some things you have to do to move forward. You’re not going to beat up on your team. I think what it shows is that winning in the National Hockey League is not an easy process, and it’s difficult to change the way that things function. We’ve come from Atlanta, and now we’re in Winnipeg. Atlanta’s gone. It’s gone. But we’re still trying to get to the point where we create something positive in a step… It’s been slow. I’ll be the first to admit it.”

“You’d like to expedite that process, and it’s been slow. I don’t deal with moral victories. Right now we’re a .500 hockey team. And .500 isn’t good enough. It’s not going to cut it, and it hasn’t cut it in the past. It’s put us below the line. And this year in the conference we’re in, it won’t come close.”

The Jets’ loss — despite earning a single point by reaching overtime — plunks them in the cellar of the ultra-competitive Central Division standings with 33 points and a record of 14-14-5. It has them in a virtual tie with Dallas and Nashville, but those two clubs hold games in hand, particularly Dallas — whom the Jets face Saturday afternoon at MTS Centre — who have only played 30 games to Winnipeg’s 33.

“We’ve been in basically every single game that we’ve played in this year,” said Jets 20-year-old rookie Mark Scheifele. “But we have to get the wins. That’s the main focus. We can’t be satisfied with a tie, a shootout loss. It has to be a winning attitude.”