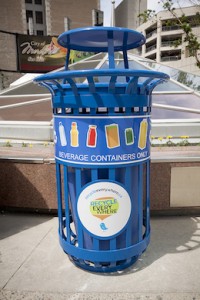 Folks living in Winnipeg and Brandon are littering fewer drink containers than just a few years ago, according to an audit by the Canadian Beverage Container Recycling Association (CBCRA), which runs the Recycle Everywhere program.

The association began auditing the cities’ streets in 2010, and says over the past few years, beverage containers found on the streets have been reduced by 24 per cent in Winnipeg, and 51 per cent in Brandon.

“Our 2013 litter audit shows us that Manitobans are responding to Recycle Everywhere’s awareness campaign, as evidenced by their improving litter and recycling behaviours,” said Arielle Gurevich of Recycle Everywhere.

They also noted a litter audit was conducted in Steinbach for the first time this year, and the group found the lowest litter rate they’ve ever encountered.