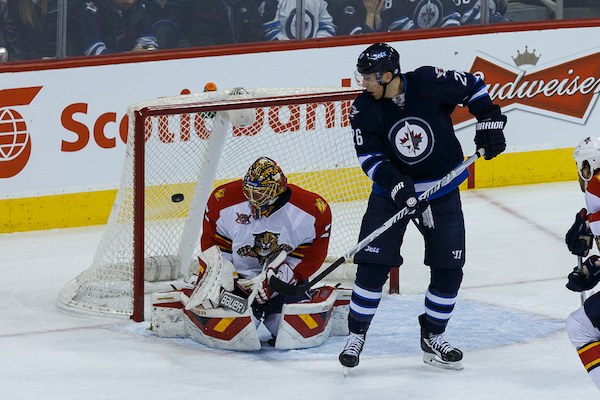 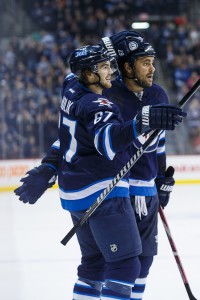 WINNIPEG — The Winnipeg Jets gave their fans a show in the final game at MTS Centre before their brief Christmas break, handing their former Southeast Division opponent Florida Panthers a 5-2 thumping in a chippy contest that saw 11 penalties called in the first period alone.

Winnipeg’s new line of Mark Scheifele, Evander Kane, and Michael Frolik combined for two goals and six total points, while the power play has made a sudden surge, going 2-for-4 Friday night, putting the man-advantage efficiency at 7-for-24 in their last six games.

“You get some chances on the power play, you’ve got to capitalize,” said Jets forward Blake Wheeler, who notched the eventual game-winner with his team’s second power play goal in the opening period. “Anytime you score on the power play it creates a lot of momentum for your team. To get a couple, that’s just almost icing on the cake.”

“We got a lot of good play from pretty much every player on our team,” said head coach Claude Noel. “Usually when you have a 5-on-3 you want to get results… and we had a 5-on-3 for a minute and 39 or somewhere in there. You could have almost rotated (three) groups through that one. That would’ve been a tough moment at that time because when you don’t score on those 5-on-3s, they have a way of working against you.”

“I think we’re just executing,” said forward Evander Kane of the power play. “That’s the bottom line when it comes to to any power play. You can talk about the Xs and Os and what kind of plays you want to make, but you’ve got to execute those and we’re doing that and we’re finishing off our opportunities.”

“Obviously we haven’t won at home in a while so it’s a big win for us. It’s something that we’ve got to continue to do more of.”

The 16-16-5 Jets now head west for a pair of games in Edmonton and Vancouver before a three-day break over the holiday. The club returns to MTS Centre on December 27 for a Central Division matchup with the Minnesota Wild.