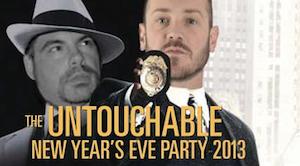 A New Year’s Eve party with food, dancing and comedy shows will benefit the United Way of Winnipeg and the Friends of the Canadian Museum for Human Rights.

The 1930s-style party will include music by The Big Jay Harrison Band and will be hosted by Doug Speirs of the Winnipeg Free Press.

“Come as a flapper, a gangster, a silent movie star or just come as you are to ring in 2014, have a great time and support our community,” Big Daddy Tazz said in a release.

Tickets are $100 for the dinner, band and comedy shows, or $65 without dinner. Cocktails begin at 6:30 p.m., with a four-course meal following at 7:30 p.m. Tickets are available at Danny’s BBQ & Smokehouse, 1747 Ellice at King Edward or EventBrite.ca.