Home » News » Balmy Temps Greet Winnipeg, But Not For Long

Balmy Temps Greet Winnipeg, But Not For Long 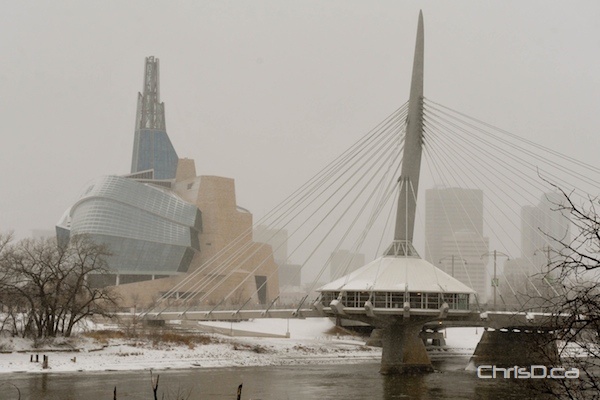 Mother Nature has a post-Christmas gift for Winnipeg today in the form of balmy temperatures going into the weekend.

The city awoke to -5°C and can look forward to a high of -2°C by this afternoon. Environment Canada, however, issued a special weather statement on Thursday putting a damper on the short-lived “heat wave.”

A low pressure system is forecast to track through Southern Saskatchewan tonight and into North Dakota by Saturday morning. That same system could bring 5 to 10 cm of snow across much of Southern Manitoba with the highest amounts in a northwest to southeast line from Dauphin to Pinawa.

The system will also bring with it reduced visibility and blowing snow overnight, creating localized blizzard conditions. The Red River Valley appears to be the most vulnerable with poor visibility on Saturday with snow and blowing snow.

Along with the snow, temperatures will plummet into the minus thirties Saturday night with wind chills of minus 40 or lower. The bitterly cold airmass is expected to persist for several days into at least New Year’s Day across Southern Manitoba.