United Airlines Grounds Flights to Winnipeg Due to Cold Weather 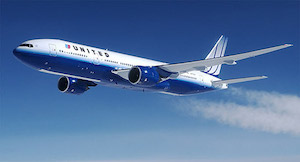 Two flights from Chicago and one from Denver scheduled to land at James Richardson International Airport were scrapped over safety concerns. United said the low temperatures combined with ice crystals would not allow for safe operation of its aircrafts.

Canadian-based airlines were on schedule as planned.

With the wind chill overnight, it will feel like -50°C, according to Environment Canada. The actual low will be -38°C.

United couldn’t say whether flights into Winnipeg on Tuesday would also be cancelled.