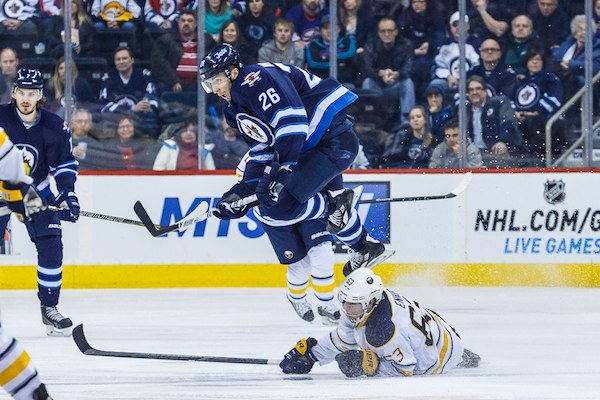 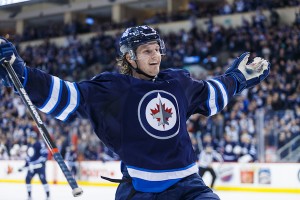 WINNIPEG — Goals by defencemen Keaton Ellerby and Jacob Trouba and a shutout performance by goaltender Al Montoya gave the Winnipeg Jets a 3-0 victory over the Buffalo Sabres Tuesday night at MTS Centre.

Ellerby and Trouba scored in the first and second periods respectively to give the Jets a 2-0 lead after 40 minutes of play. Anthony Peluso scored an empty net goal to round out the Winnipeg scoring.

Montoya made 27 stops on the night, including several on solid Sabres scoring opportunities early in the game.

“The first period kind of set the tone for the game,” said Jets head coach Claude Noel after game. “They had a lot of chances early on. Had Montoya not been sharp it might have been a challenge… He played big in the net.”

The Jets now improve to one game about .500 with a 19-18-5 record. They now hit the road for three games, facing Ottawa, Boston and Pittsburgh before next playing at home against the Tampa Bay Lightning, Jan. 7.