Fourth-Straight Loss for Jets is “Embarrassing” 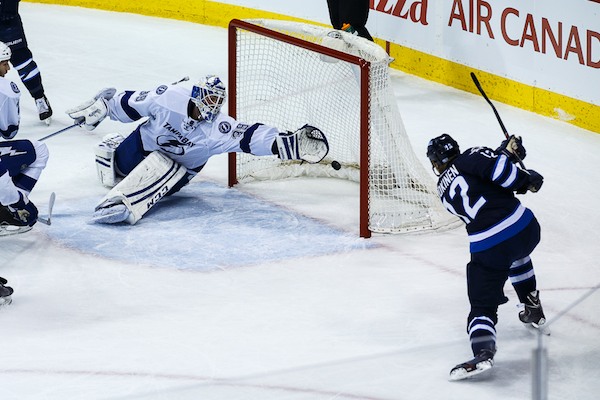 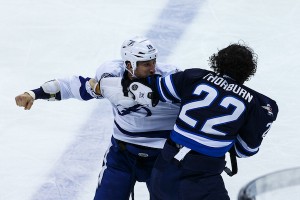 WINNIPEG — Things are looking bleak for the Winnipeg Jets, and despite a relatively reasonable score of 4-2 on Tuesday night, their loss to the visiting Tampa Bay Lightning — Winnipeg’s fourth in a row — highlighted just how bad things have gotten for the club.

“This game was a very poorly played, poorly executed game,” offered a quite distraught head coach Claude Noel. “I don’t know that we got anything out of that that was positive. It was really disappointing.”

“Certainly for us this is the worst we’ve played,” added the coach. “We had nothing… For me it’s not a good day.”

“It’s embarrassing,” said Winnipeg goaltender Ondrej Pavelec, who stopped 29 of the 32 shots he faced. “We have to realize that we aren’t losing by accident anymore. It’s just the way we play, and we can’t expect to (have) success.”

The Jets were wildly out-shot 33-14 throughout the night, and 16-5 in a lopsided third period after entering the final frame tied 2-2.

“We let (Pavelec) out to dry,” said Jets rookie Mark Scheifele. “If it wasn’t for him we would’ve lost by a lot more. So yeah, it is embarrassing.”

“We weren’t doing it as a group. We weren’t forechecking as a group of five. It just seemed like a mismatch out there, and no one knew where everyone was going and it just didn’t look like a team game… We haven’t been consistent all year. I don’t know what else to say about it.”

The 19-22-5 Jets — securely in last place in the Central Division — wrap their current three-game home stand with meetings with the Columbus Blue Jackets and Phoenix Coyotes on Saturday and Monday night.