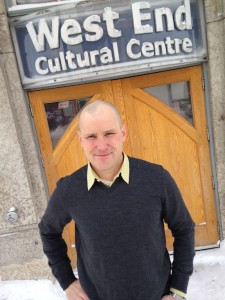 Stephen Carroll will assume the role of the entertainment venue’s GM on January 20.

Carroll is also a musician in the acclaimed group The Weakerthans, where he managed all of band’s business affairs for 14 years and helped steer them to international fame.

“I am very excited and honoured to assume the position of GM of the WECC,” Carroll said in a release. “The venue has been an important fixture of my career in music and, in the wider view, is an essential organization to Canadian music culture.”

The WECC bid farewell to former general manager Meg McGimpsey in late November, who accepted a position as art management consultant with the Province of Manitoba.