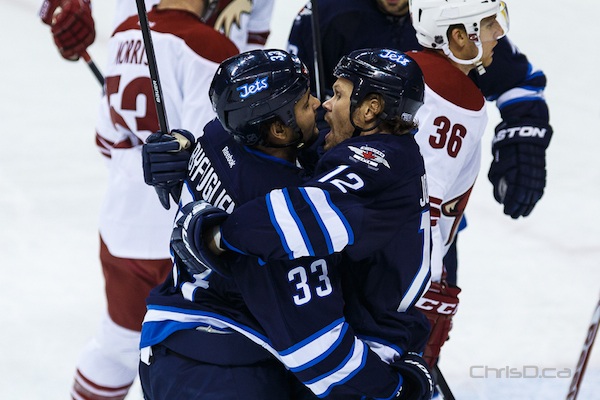 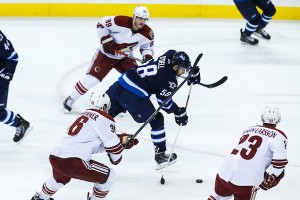 WINNIPEG — Paul Maurice may have a new job with the Winnipeg Jets, but it is his new roster of players who are currently in an audition process as they work to leave their mark on the hockey club’s seventh head coach in franchise history.

And work they did, as the Jets trounced the ailing Phoenix Coyotes 5-1 by putting together a rare full-game effort in front of a suddenly rejuvenated 15,004 fans on Monday night — a weekday game scenario that usually sees a sleepy crowd on hand to support the struggling team.

“When there’s a coaching change there’s usually a little more attention to detail, and like I said this morning, we’re trying to make an impression and earn some ice time,” said Jets captain Andrew Ladd. “I thought we did a good job of creating a lot with our speed and trying to play the right way.”

“I think we worked extremely hard,” said goaltender Ondrej Pavelec, who stopped 18 of the 19 shots he faced while backing a much improved Jets defence from what has been on display as of late. “(Our team defence was) great. We played really good, with responsibility. All four or five guys on the ice… We blocked a lot of shots. I think it’s a good win for us but we have to keep going.”

“It’s one game, so tomorrow we will go to work like today never happened,” said Maurice, who has yet to hold a full practice with his team since arriving in the city Sunday night. “We’ve got to take another step forward. It was good enough tonight, but we can’t rely on that being good enough in our next game. We’ve just got to get better.”

Winnipeg faced a struggling Phoenix team that had lost four of their previous five games coming into their matchup with the Jets.

The Coyotes struck first with an Oliver Ekman-Larsson power-play goal midway through the opening period, but Winnipeg responded immediately — only 36 seconds later — as Olli Jokinen notched his 12th of the year, sprung by newly-appointed forward Dustin Byfuglien creating a turnover behind the Phoenix net.

“They did the one thing that we had talked about — that when adversity came to the doorstep that next goal was huge,” added the new bench boss. “The bench didn’t get quiet. We stayed positive. And that’s the start of a foundation of handling adversity over the course of a game and sticking with it. It was really, really important that we scored that goal to make it 1-1.”

Rookie centreman Eric O’Dell, 23, scored the eventual game-winner late in the first period — his second goal in as many games since recording his first-career NHL goal on Saturday night.

The 20-23-5 Jets remain in last place in the Central Division, and travel to Calgary on Thursday for a game against the Flames.

The new coach cancelled the club’s previously scheduled off-day on Tuesday and will hold his first full practice with the team at 11:30 a.m. at MTS IcePlex. Fans who want to catch a glimpse of the new coach in action will get a chance as the on-ice session is open to the public. 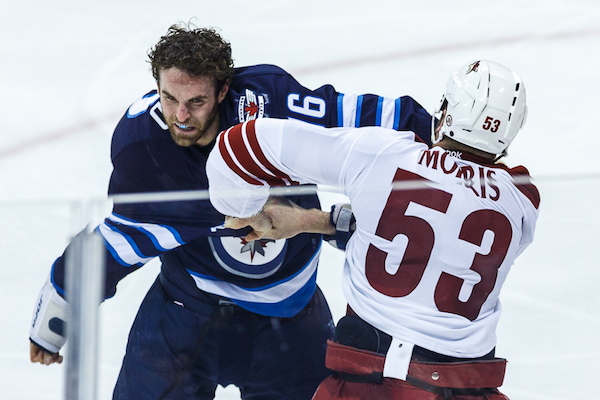