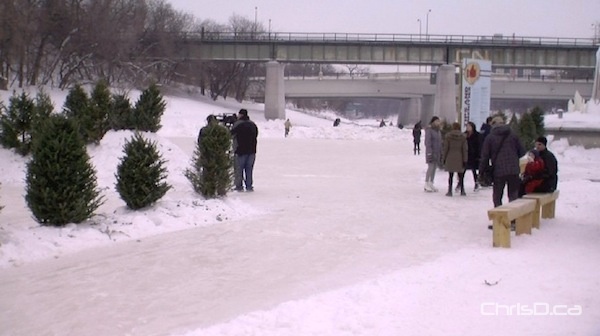 The Forks has extended the Red River Mutual Trail to Churchill Park, bringing the trail to 5.5 kilometres a week after officially opening for the season.

“We’re thrilled to be extending the Red River Mutual Trail down the Red into Riverview,” said Paul Jordan, chief operating officer of The Forks. “It’s great to be able to connect our communities and neighbourhoods in a way that isn’t possible throughout the other seasons, that’s part of what makes it so unique.”

Further legs of the trail will open in the coming weeks as conditions permit.

Conditions are updated daily and can be found by visiting TheForks.com/rivertrail or by following @RRMTrail on Twitter.